Gdansk plays as one of the most favorite touristic places not only among Poles, but among all Europe. Germans and Scandinavians have particularly delighted in its atmosphere. Nothing seems so extraordinary in it when one recalls the history of Gdansk which begins as a medieval story of the city placed on the mercantile trails. The city which warmly welcomed its neighbors and distant foreigners and shows the past splendor in its historical treasures.

Madison Gallery is located in the heart of the historical Old Town fitting in with its tissue. You will find it on the crossroad of touristic trails which makes it a perfect place to stop to rest awhile during city sightseeing. You should pop in here to at least visit the Tourist Information. Owing to the location, Madison is an ideal waypoint and the Tourist Information workers will let you know the secrets what to see or which hotel will prove to be your best choice.

Madison is a midtown shopping center and it knows and understands its surroundings. We are aware of the uniqueness of our city and for this reason we want to share our passion we feel towards it. 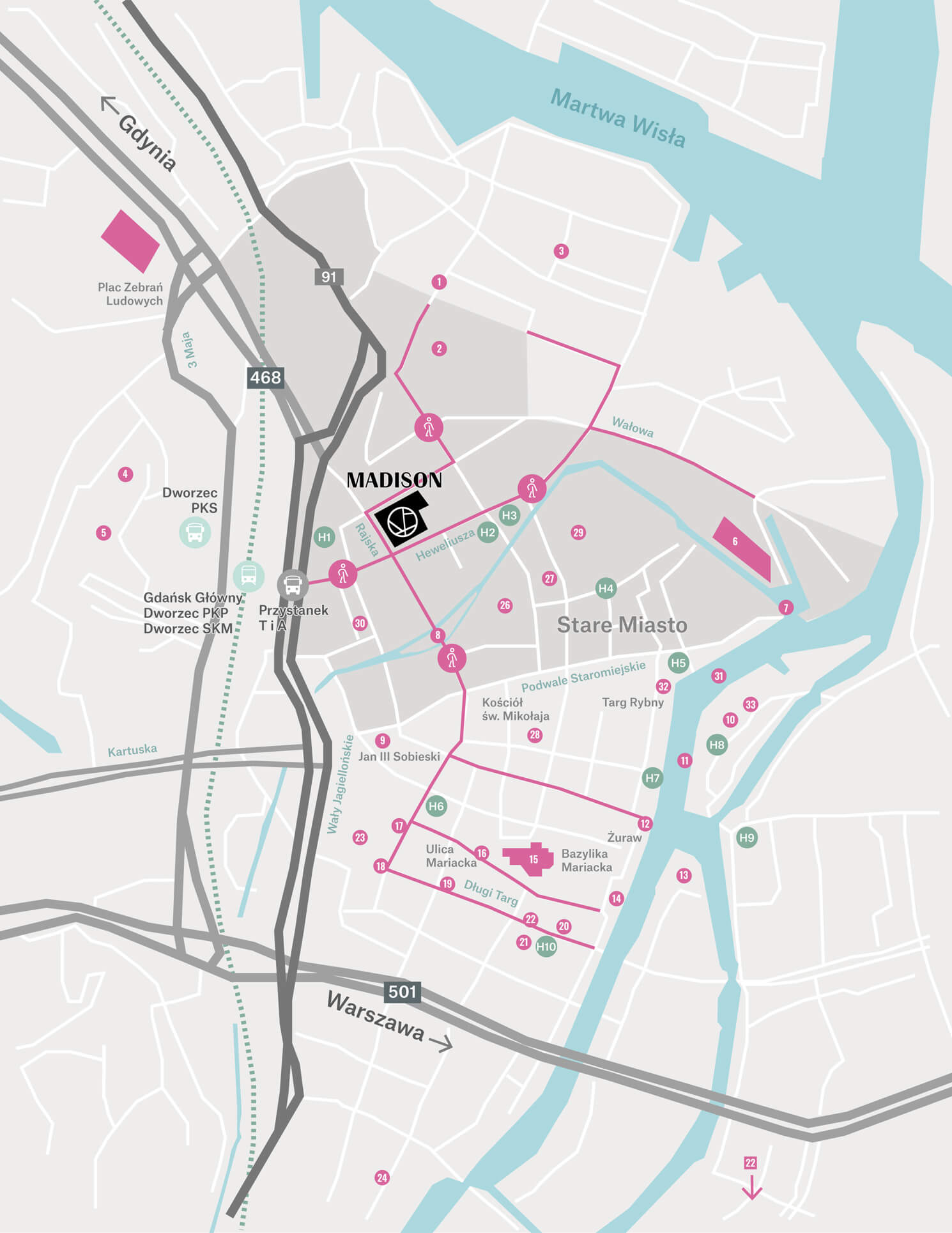